I developed a graphic interface for visualizing and manipulating plot slices within the open-source Monte Carlo particle transport simulation software, OpenMC, which is now used almost daily in the design of nuclear reactors..

I was guided by the specification provided by the project’s creator, a former professor, Dr. Paul Romano.

For more about this project, see the Projects page.

While preparing for the GRE, I worked on a small team where I developed a variety of documents, tools, and processes for tracking high-risk orders across a few poorly-integrated databases and programs. As a part of the role, I performed basic MySQL queries.

As my responsibilities grew, I was also tasked with pricing real and speculative ticket inventory against competitive live markets.

Just after moving to Chicago, I got my foot in the door at an online ticket-resale company with a role in customer service. In a few months I'd worked my way up to supervisor, then online support team, and then up to corporate in my role as a fulfillment analyst.

In this role, I deciphered the complex medical precertification requirements and verified accurate insurance documentation for scheduled and emergent hospital surgeries throughout multiple facilities.

I worked closely with providers' offices and insurance representatives to ensure authorization compliance in order to prevent claim denials and minimize out of pocket patient costs.

I was a continual top performer in both volume and accuracy, and developed my own system of account tracking in order to monitor daily and weekly progress towards assigned targets and personal goals. Through the course of my time in the role, I averaged 20% greater weekly productivity over the other members of my team.

After returning from my role as logisician in New York, I wanted to spend some time in a larger organization to understand the different structures and processes that may have been lacking from my time with the smaller disaster response organization. I found work with a major regional healthcare provider.

While there, I deduced and resolved order qualification errors responsible for uncollected revenue. I was the first to catch a technical glitch that caused over $70,000 of unverified claims to be prematurely sent out in a single day.

I worked directly with doctors, patients, providers, and insurance companies to verify that every detail of the contractual medical necessity and authorization requirements were exactly met, consulting multiple systems for technical data, including electronic patient charts such as those found in EPIC.

As logistician for the Long Island arm of the organization's Hurricane Sandy response project, I managed the inventory, appropriation, and maintenance of tools, materials, vehicles, and equipment used by over 150 staff and volunteers in the gutting and mold treatment of over 100 hurricane-damaged homes.

I also supported the project field coordinator as needed by scheduling work based on an ever-fluctuating balance of beneficiary need, and volunteer, personnel, and asset availability. I also managed beneficiary relations and recorded volunteer and worksite data in various systems as necessary.

I assisted the Project Director in the organization and execution of special assignments and ancillary projects, and sometimes led teams of volunteers through various stages of the clean-up and mold treatment of the storm damaged homes.

When hired as Project Coordinator, I managed all aspects of the organization’s manual rubble removal, demolition, and heavy machinery programs in the wake of the 2010 earthquake. I also provided general project support in the form of volunteer supervision, logistics, and emergency management.

As a part of my work, I overhauled relevant beneficiary and worksite databases, prepared and oversaw a comprehensive beneficiary follow-up survey, and produced an exhaustive, data-rich final analysis of the debris programs’ impact and shortcomings. I also created a best-practices manual for future debris-oriented projects.

As a new volunteer, I worked on a number of the programs the organization oversaw, including school construction, manual demolition, temporary housing fabrication, and local volunteer mentorships. After demonstrating my competence and reliability, I was asked to manage the operational logistics and maintenance of two Bobcat skid steers. To that end, I worked with other team leaders and project coordinators to identify and prioritize the needs of the various programs that required the machines’ assistance.

I also trained Haitian and international volunteers in the safe operation and care of the machines, and personally led teams in tasks such as removal of rubble and demolition of damaged buildings. 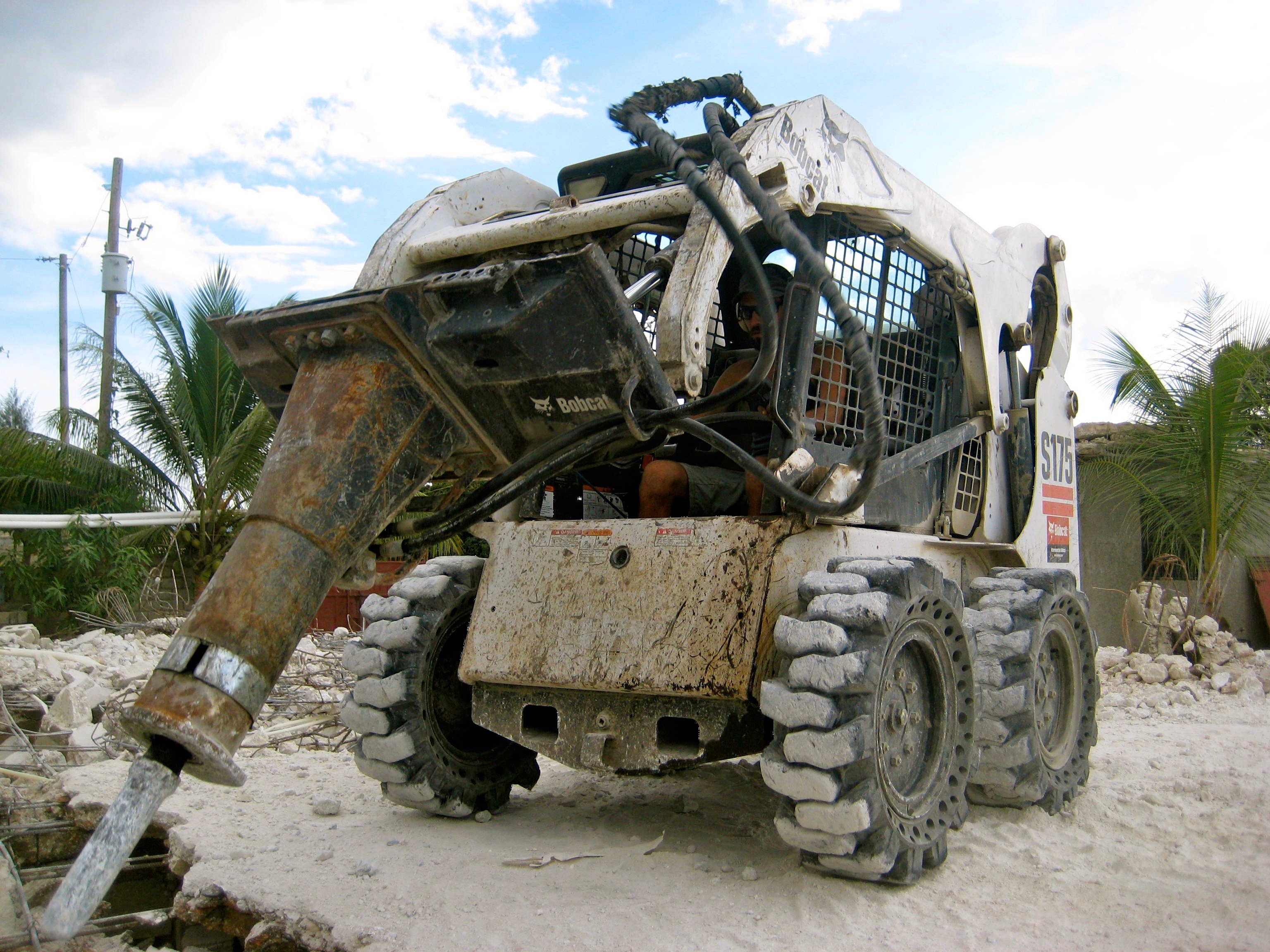 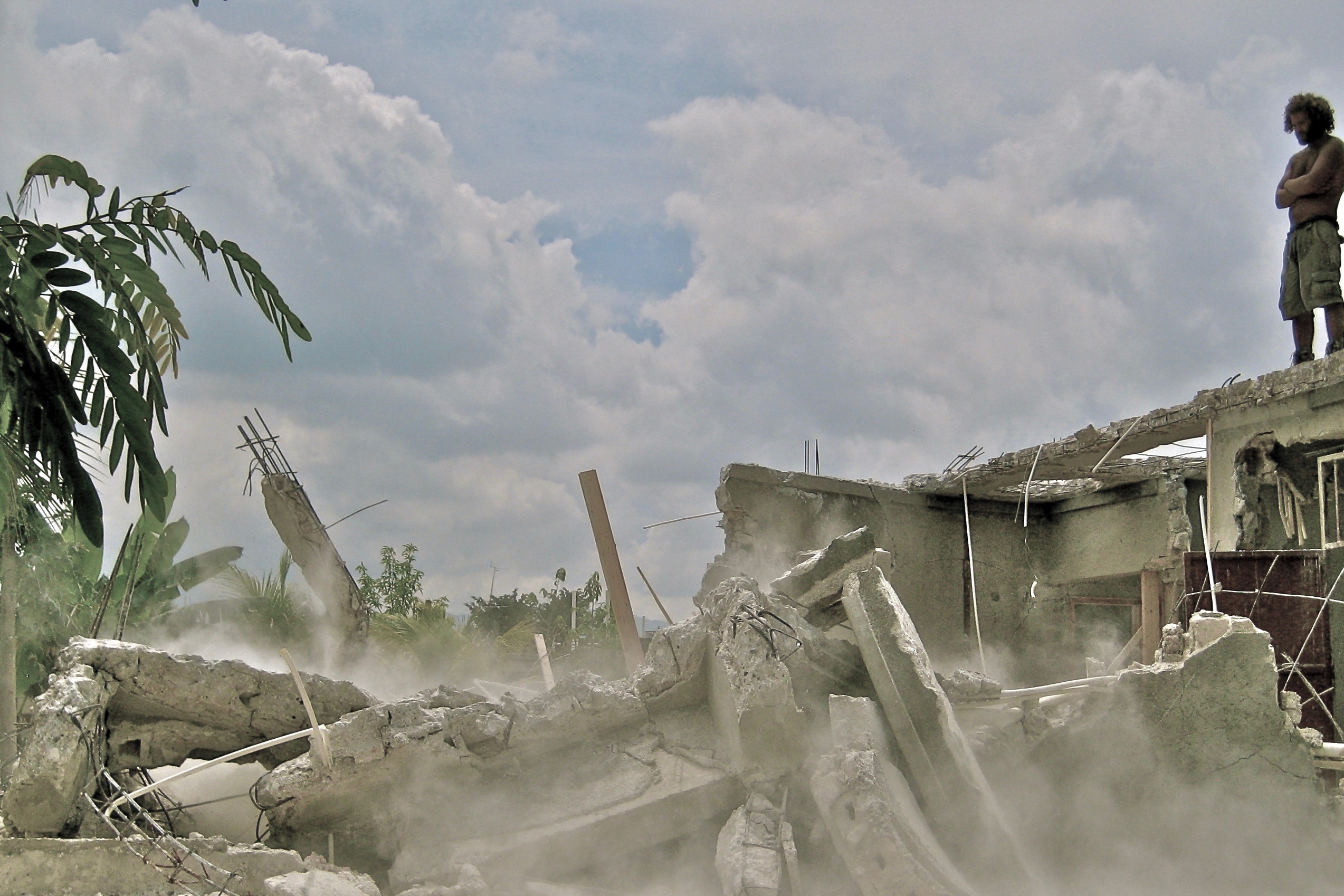 For a spell I worked at a blood plasma donation center where I did a variety of medical screening measures for donors, scheduled appointments, and even worked in the lab for a bit.

Just after moving to Portland, I cleaned the public areas of a pseduo-swanky hotel, where I was named Employee of the Quarter after a few months.

While saving up for some travel, I briefly worked as a busser at the 5-star restaurant of a local winery.

I spent a summer at a local sports-themed pizza joint, burning the tips of my fingers off pulling pizzas out of the oven.